Edit
watch 01:03
Who is Yoshitoki Washuu?
Do you like this video?
Play Sound 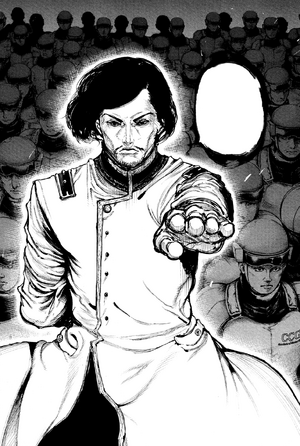 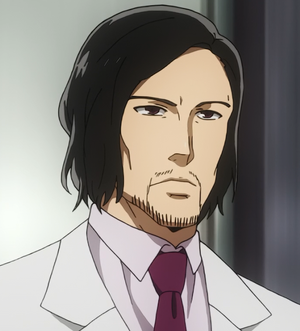 Yoshitoki was a middle-aged man with wavy black hair, high cheekbones, and faded goatee around his mouth and chin.

In his younger days, he resembled Furuta.

Yoshitoki was a man who carried out his duty as a ghoul investigator seriously.[citation needed]

Haise Sasaki noted that despite being a Washuu family member, Yoshitoki had a gentle personality and was easy to get along with.[citation needed]

Yoshitoki joined the raid on Anteiku as the commander.[citation needed]

During the initial phase of the war when Yoshimura entered the battle, Yoshitoki and his eyes met. Yoshitoki simply stated there was no reason to hate him, as it was simply part of his job.[citation needed]

Alongside Kishou Arima, he appeared in front of Chairman Tsuneyoshi Washuu to discuss the results from the operation in the 20th ward.[citation needed]

Yoshitoki attended a Special Class Investigator Conference regarding Aogiri Tree. He got into a brief, but intense, argument with his son, Matsuri Washuu, over the success of the Tsukiyama Family Extermination Operation. Matsuri insisted that the only good thing that came out of Koori Ui's previous mission was the death of Noro, but Yoshitoki countered that also the Tsukiyama conglomerate was dissolved to be replaced by humans. Yoshitoki challenged Matsuri's idea of "worth" and they had a brief stare-down until they were interrupted by the ongoing meeting.[5]

During the Rushima Landing Operation, one of the personnel informed him of Cochlea's status. Yoshitoki ordered them not to reveal the situation to everyone, as it would only have a negative effect on morale. He quietly hoped for Kishou Arima to defend Cochlea.[2]

On the fifth day of the operation, Itsuki Marude confronted him with his gun drawn. Marude became suspicious after reading King Bileygr and decided to investigate the Washuu clan in secret. He laid out the evidence he discovered proving that the Washuus were a family of ghouls. Before Yoshitoki could protest, he was shot in the head and fell to the ground, but Yoshitoki arose to his feet and attacked him with his kakugan activated.[1]

Some time later, the aftermath of the battle was discovered by Matsuri. The two subordinates accompanying Marude had been decapitated during the battle, but Marude had escaped after Yoshitoki was killed. Matsuri reported his father's death to Kuki Urie, then collapsed in grief and hysterically wept for his father.[3]

Not much was known about their relationship, but it appeared to be very professional since Yoshitoki talked to him the same way a normal investigator would, using the honorific of "sir" instead of "father".

It was rumored in the CCG headquarters that he and his son did not get along well. He had been a proactive dad during Matsuri's childhood, however all his invitations to play various sports were all rejected by his son.[citation needed] However, after Yoshitoki's death, Matsuri was hysterical with grief.

The two had an amiable relationship as they are seen twice sitting on a bench, discussing the state of affairs, and sometimes bonded through recreational activities. Yoshitoki had a high opinion of Marude's skills, asking him to be vice commander, stating there was no one else with Marude's skills whom he could trust. He was surprised when Marude shot him when he discovered the entire Washuu Clan were ghouls.

Yoshitoki and Arima shared the same father, Tsuneyoshi. Yoshitoki valued his opinion and they cooperated in matters regarding Sasaki and the Quinx Squad.

Sasaki and Yoshitoki shared a rather good relationship. Sasaki had been shown to think well of Yoshitoki, and Yoshitoki became concerned that Sasaki would be upset when he approved Kuki Urie's Frame release surgery.

Though revealed to be a ghoul, his abilities and Rc type are unknown.