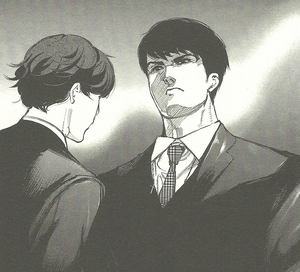 The story takes place shortly after the 11th Ward Battle, when Amon is sent to the 8th ward for a special assignment. He finds himself joining forces with a Police Detective to investigate the disappearance of a teenaged girl, believed to be a possible victim of a ghoul. While there, he meets a mysterious and beautiful woman named Koharu...