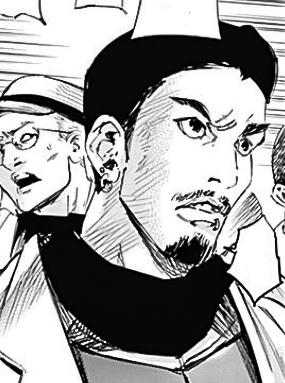 Robert Gemaehlich
Tomonori Akai (赤井 丈文, Akai Tomonori) was a Rank 1 Ghoul Investigator. He participated in the Auction Mopping-up Operation as a member of the Atou Squad under Daisuke Atou.

He was a man with elegant features, thick eyebrows, a beard and a mustache. He had short hair slicked back and, like most Investigators, wore a formal suit and white coat.

He proved to be somewhat selfish, but at the same time have respect for his superiors. When he saw Haise Sasaki fight, he compared his movements to Kishou Arima's.

He is part of the Atou Squad, fighting the White Suits alongside the Quinx Squad and the Ooshiba Squad. He watches Haise Sasaki's fight and later the murder of his squad leader, Daisuke Atou. Later, he himself is killed by Seidou Takizawa.