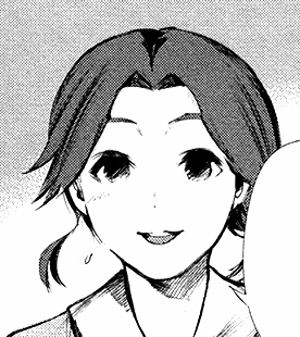 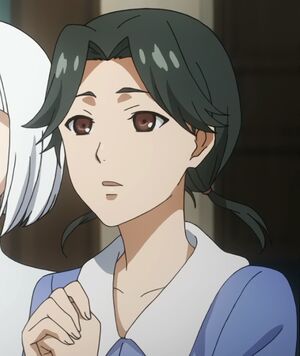 Sara Ragsdale
Shizuku Kawakami (川上 雫, Kawakami Shizuku) was a junior at Academy Junior School and a friend of Kurona Yasuhisa and Nashiro Yasuhisa who succumbed to an illness at a young age due to her frail body [1].

Shizuku was a petite and soft looking girl with neck-length black hair that is tied in low pigtails with bangs swept on both sides and brown eyes.

Shizuku was known to be a kind girl who always smiled. Despite her poor health, she wanted to be helpful to the CCG.

Shizuku was in the 2nd Academy along with Nashiro Yasuhisa and Kurona Yasuhisa where she was remembered fondly for her kind and happy disposition. Due to her poor health, she couldn't become a ghoul investigator, but she aimed to become a CCG staff assistant to help with investigations. She died due to her poor health when Nashiro and Kurona were about 15 years old.[1]