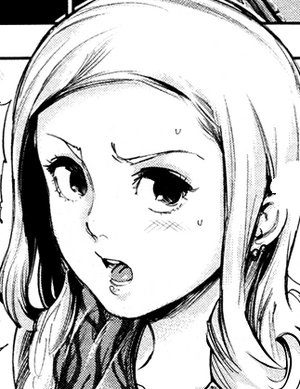 Seina is an attractive young woman in her late teens, with a tendency towards trendy clothing. Her hair is long and dyed a light color, in contrast to her dark-haired family.

Seina is a typical teenager, with an interest in fashion and spending time with her friends. She is easily annoyed, and yells at her brother for commenting on her trendy clothing and dyed hair.

Seina appears when Seidou Takizawa visits his family prior to the raid on Anteiku, headed out to meet her friends. When her brother comments on her flashy appearance, she berates him and storms out.