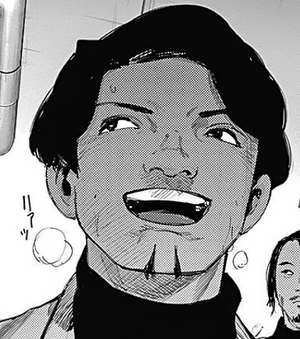 Jarrod Greene
Ryouta Ooshiba (大芝 亮汰,Ōshiba Ryōta) was a First Class Ghoul Investigator. He participated in the Auction Mopping-up Operation as the squad leader of the Ooshiba squad.

Ooshiba and his squad members headed to the administrative building to fight with Nutcracker. His left leg was impaled by Nutcracker's detached kagune, when he jumped towards her to attack her. Then his testicles were crushed by Nutcracker, resulting in his death from shock.[2]