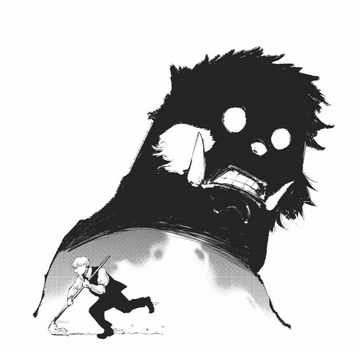 Maen
Devil Ape (魔猿, Maen) is the sixth and final chapter in the Tokyo Ghoul: Past. It focuses on Enji Koma, and his early days working at Anteiku.

The story takes place roughly a decade prior to the main series, when Koma was still the infamous Devil Ape. Just as the CCG began preparing to launch a major operation to eliminate him, Yoshimura appeared and defeated the young Ghoul. In honor of Yoshimura's request, he began to work at Anteiku and learned both the value of hard work and human life.