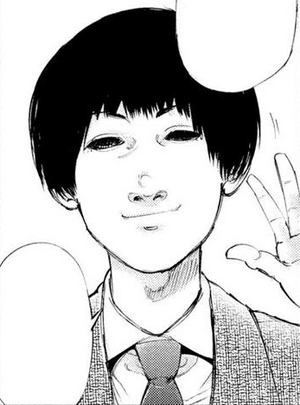 Chapter 47
Murata (村田, Murata) is a bureau investigator working at the CCG's branch office in the 20th ward.

According to the talk of some investigators, Murata's unit was in bad shape when Touka Kirishima and Ken Kaneki delivered false information to the CCG's branch office in the 20th ward.[1]

When Murata asked Yasutomo Nakajima about Koutarou Amon's state, Nakajima answered that Amon had become obsessed with his job. Both expressed their concern about the current developments in the 20th ward and the "11th ward incident".[2]