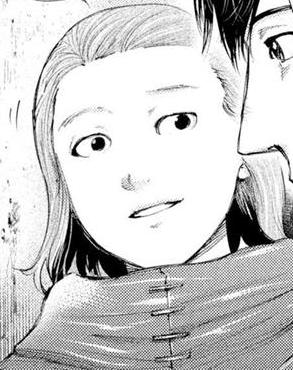 She wore the typical attire of Aogiri Tree's members.

Kei participated in the Anti-Aogiri meeting of ghouls associated with Banjou where they planned to escape from the 11th Ward Base.[3]

After the failed escape attempt she is killed along with her son by Yamori as part of Kaneki's torture.