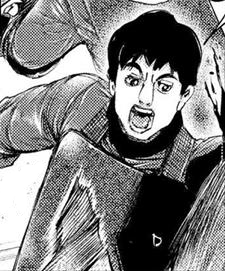 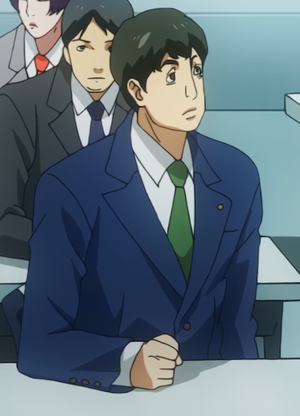 Episode 10
Hirokazu Tainaka (田井中 寛和, Tainaka Hirokazu) is a First Class Ghoul Investigator assigned to the 23rd ward. He was the partner of Mutsumi Chino before he became missing.

Tainaka is an average man with dark hair, a slightly big nose, and thick eyebrows.

Tainaka remained serious and alert during the operation, while his partner was enjoying killing ghouls in the fight.

As a First Class, it can be assumed he has high battle prowess. During the battle, he observes on point the speed of the enemy, indicating experience and attentiveness even while fighting.