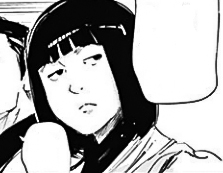 Hina Touga (陶木 陽莱, Tōgi Hina) was a Rank 2 Ghoul Investigator. She participated in the Auction Mopping-up Operation as a member of the Atou Squad under Daisuke Atou.[3]

Hina was a woman with short dark hair that has straight square bangs.

She wore the white coat usual to her squad over a black high-collared shirt.

In the past, Hina was apparently inattentive in class and talked during lectures. When faced with Seidou Takizawa, her and Shougo Kukiyama cowered in the corner, both crying and cowering as Shougo clung to her in fear.

After the Auction Mopping-up Operation had commenced, Hina and her squad began their charge into Zeum hall with her squad-mates. She commented on Haise Sasaki before they encountered and defeated Nutcracker's partner.[3]

She was one of the last survivors of her squad after the arrival of Seidou Takizawa.[4] She tried appeal to their past as he was one of the guests lecturers from her time in the Ghoul Investigator Training Academy. However, her words only angered him causing her to be impaled and decapitated by the one-eyed ghoul, Takizawa.[2]