This article is about the Anti-Aogiri member. For other uses, see Haru (disambiguation). 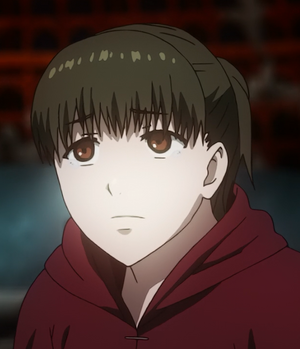 Felecia Angelle
Haru (ハル, Haru) was a female ghoul who used to live in the 11th ward and a member of Kazuichi Banjou's group when he was still the leader of the 11th ward.

After Yamori left Ken Kaneki following a torture session, Haru and Shuu came where they cleaned Kaneki and the area surrounding him. They relayed the message from Kazuichi Banjou that they would save him.[1]

Some time later, Haru and Shuu were used by Yamori to torture Kaneki, but after a failed attempt at doing so, she and her boyfriend were killed by Yamori.[2]