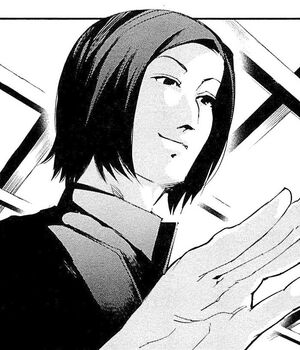 Days: Chapter 1
Cain (カイン, Kain) was a Ghoul that posed as an Occult Researcher, and targeted members of the Kamii University Occult Research Club. His attempt to kill Hideyoshi Nagachika led to him being outwitted and exterminated by Ghoul Investigators.

Ghoul Physiology: As Cain was a ghoul, he possesed a kagune and quick reflexes.