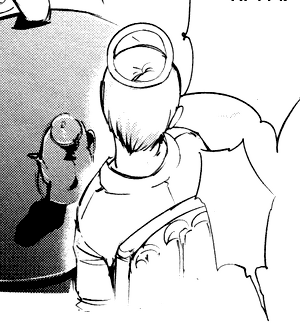 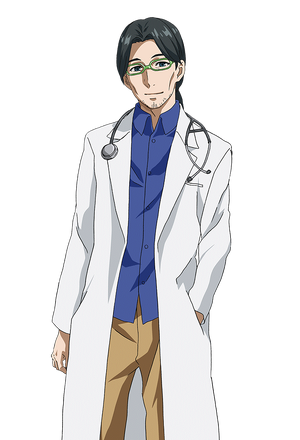 Masaaki Okuno
Asaki Fueguchi (笛口 アサキ, Fueguchi Asaki) was a ghoul known in the CCG's files as suspect Number 696, the husband of Ryouko Fueguchi and the father of Hinami Fueguchi.

In the anime, he was a doctor and made Yakumo Oomori (Yamori) his diagonal pliers, after seeing a patient, Yamori broke into his clinic and demanded he makes a copy of the diagonal pliers he broke while Hinami and Ryouko Fueguchi hid. After finishing his work on Yamori's diagonal pliers, the violent ghoul attacked him, sending him flying through the wall with a severe injury and right into the hands of Mado and Koutarou Amon. After Yamori escaped the investigators, Asaki attempted to fight them but was finished off by Mado.

Ghoul Physiology: Having been born as a ghoul, Asaki possessed great physical capabilities. Since Asaki protected his family for a majority of the time, it is thought that he had some power.